Kotlin 4 vs. Scala 3 - Which Has Higher Quality?

This video is also available in the GOTO Play video app! Download it to enjoy offline access to our conference videos while on the move.

This will be presented by video

2020 will be a big year for both Kotlin and Scala. Kotlin has grown far beyond its roots and is now found as often on the server as in mobile apps. Plus Kotlin Native and JS are evolving the language beyond the limits of the JVM. However this has caused both the language and the associated tools to become more complex in Kotlin 4.

Conversely Scala has increasingly been perceived as problematic, and is no longer seen as the presumptive successor to Java. Increasingly it has been pushed back into its strongest problem domains, such as Machine Learning and Big Data. This has caused the language to be radically simplified in Scala 3, with problematic features removed and a strong focus on usability.

This talk will look at Kotlin and Scala in their most modern incarnations and ask which has the highest quality as a programming language and platform for application development.

World-renowned masterclass teacher with 15+ years' experience as a developer, architect and team lead 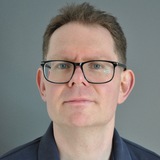 Head of learning at Instil, delivered over 1,000 training events and author of over 40 training courses