The Magic of Music Matching

This video is also available in the GOTO Play video app! Download it to enjoy offline access to our conference videos while on the move.

This will be presented by video

Arthur C. Clarke once said: "Any sufficiently advanced technology is indistinguishable from magic"

The first time I used Shazam (the music matching app) it felt just like that: pure magic. The app shortly listens with the microphone and tells you which song is playing. As a programmer I generally have a pretty good understanding about what happens behind the scenes, in this case however I was absolutely gobsmacked.

After a weekend of studying, reading scientific papers and experimenting and coding: I had a working Shazam clone written in Java. During this talk I'll reveal what I've learned and what algorithms and tricks being used. 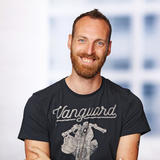